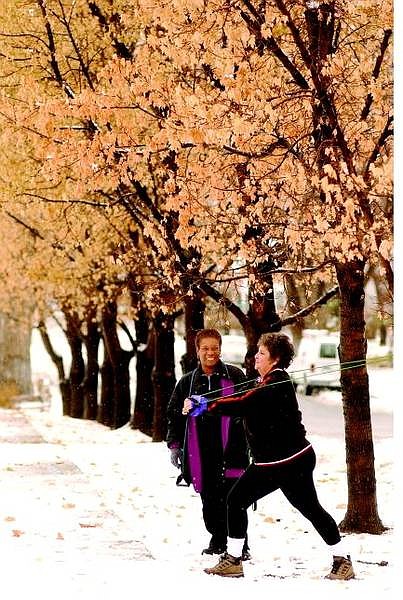 Rick Gunn/Nevada Appeal Carson resident P.J. Degross gets her workout despite the weather at the corner of Mountain St. and Caroline. It is part of an outdoor workout program entitled Bootcamp created by personal trainer Verna Lewis, looking on. The workouts include walking the town and using outdoor objects as training devices.