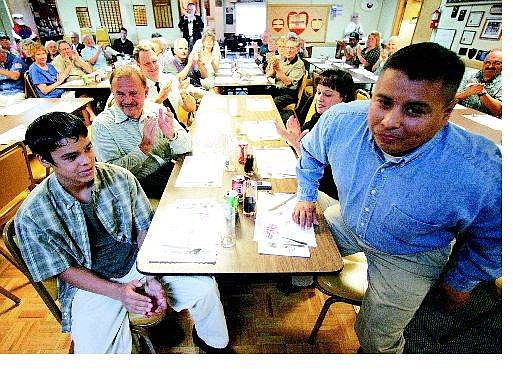 BRAD HORN/Nevada Appeal Ray Guzman receives applause from his son Eric, 13, wife, Margaret, right, among others during the Public Service awards ceremony at the Elks Lodge in Carson City on Saturday.