Radios phasing out as police move to computers 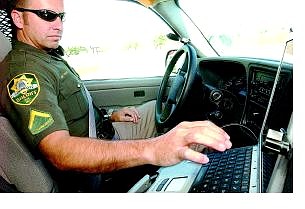