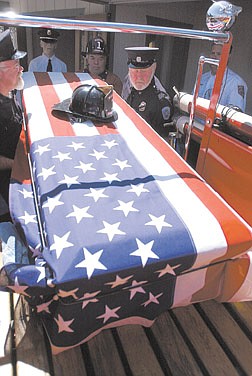 Paul Webster, from left, and Don Blanchard, of Warren Engine Fire Co. No. 1, lift the casket of Dean Cheney into one of the company&#039;s fire trucks.