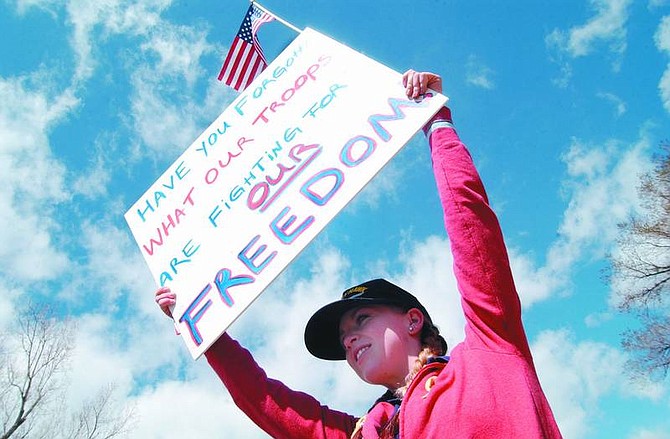 Photo by Rick GunnMeagan Long, 15, of Dayton, flies her colors in front of the Capitol on Saturday afternoon during a rally to support the troops. Long, along with her mother, Maura, organized this event, which continues today in front of the Legislative Building.