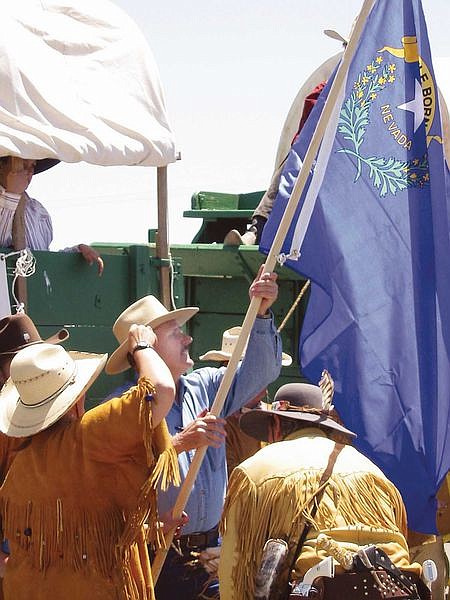 Carson City Mayor Ray Masayko hoists the Nevada flag which was presented to the Highway 50 Wagon Train on Thursday at the Nevada State Railroad Museum. Photo by Kurt Hildebrand