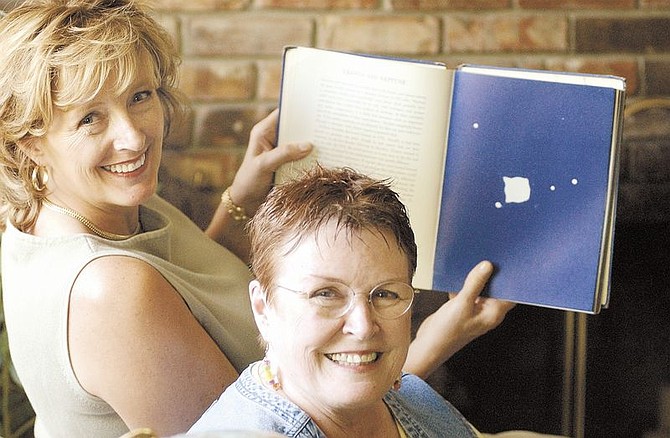 Helaine Jesse, left, holds a photo of Uranus with her mother Maizie Harris Jesse. Maizie donated $25,000 to Western Nevada Community College&#039;s observatory to have her name embossed on the planet Uranus in a solar sytem walkway to the observatory. Helaine Jesse is coordinating the fund-raiser. Photo by Rick Gunn.