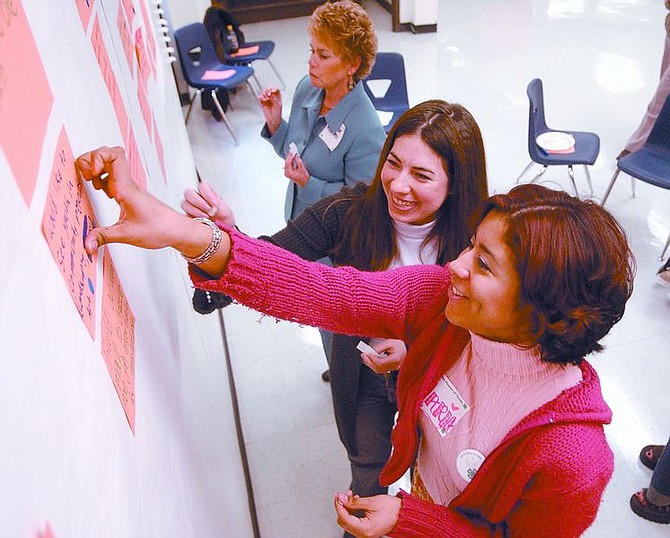 Maria Urbina, 15, places a sticker to signify her favorite proposed community idea for youths as Tari Skudrek, 15, watches. Youths along with adults talked Saturday at Carson High School about different ways to get youths more involved in community affairs. PHoto by Brian Corley