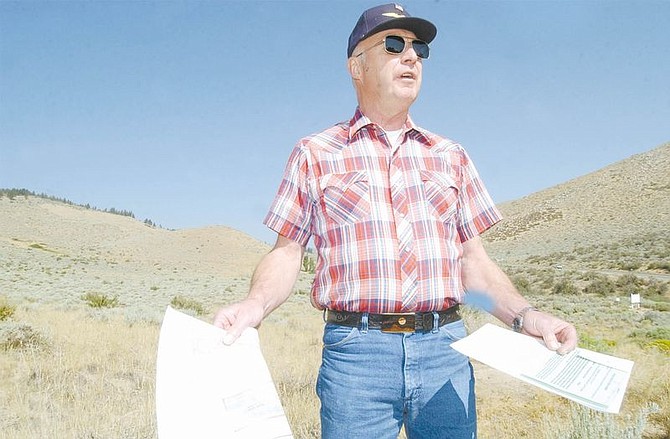 Lee Carter stands on property at the intersection of Coombs Canyon Road and Timberline Drive that is slated to have 90 homes on 19 acres in an area where homes are on 1/3 to one acre lots. Carter says the development is planned to densly for the area. Photo by Rick Gunn