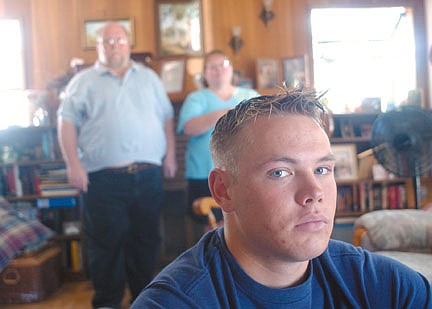 Lance Corporal Kelley Josten, a nineteen-year-old in the U.S. Marine Corps, is waiting to see where he will be deployed in the upcoming months. His parents, Dave and Pat Josten, signed for him enter the Marine Corps on the delayed entry program, which allowed him to commit to service while a junior at Carson High.