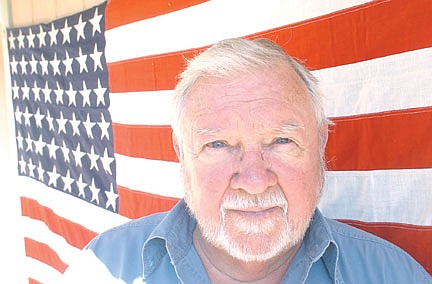 Stewart Stevens stands in front of a 48-star flag that hangs in front of his home. The flag was presented to his mother by the Marine Corps after his brother was killed during the invasion of Guam during World War II in 1944.