Thousands turn out for fund-raiser 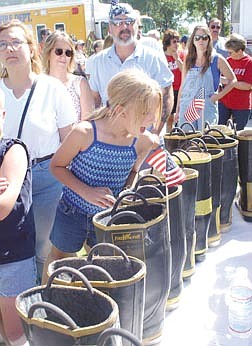 Katy Runde, 11, looks in a money-filled boot at a barbeque organized by the Carson City Fire Department. The barbeque was held in an effort to try and raise money for New York City firefighters. Photo by Brian Corley