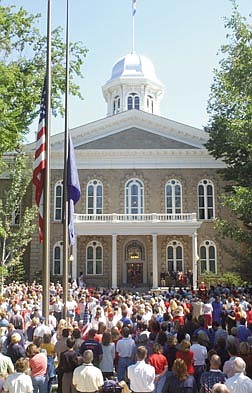 Flags were flown at half-mast as more than 3,000 people came to the Nevada State Capitol to pray. Multiple faiths were represented during the prayer vigil. Photo by Brian Corley