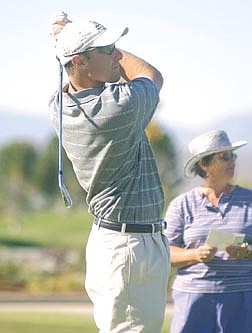 Mike Louden started the day at 10 under in a three way tie for the lead to end the day 14 under and a one stroke lead going into the final day. Photo by Brian Corley