Players on a roll at PGA qualifying in Dayton 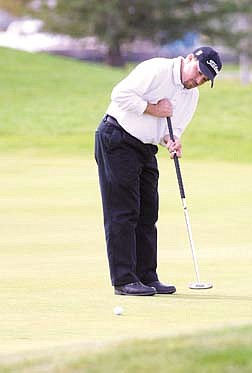 Brian Kortan putts on the first hole at Dayton Valley Golf Course on Wednesday morning during the 2001 PGA tour qualifier.