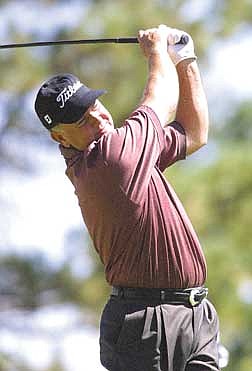 Brian Corley photo Mark O&#039;Meara tees off from the 15th hole Thursday at Montreaux during the Reno-Tahoe Open.