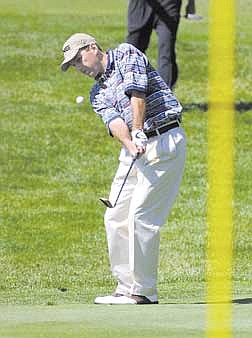 Photo by Cathleen AllisonKevin Sutherland chips onto the 9th green on Tuesday morning during a Reno-Tahoe Open practice round.