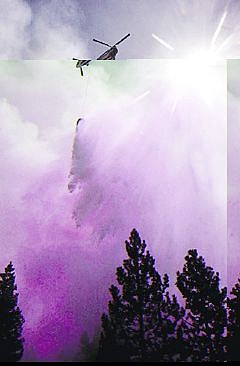 Photo by Cathleen AllisonWith Highway 80 still closed because of the Emigrant Gap fire, traffic on Highway 50 West at the bottom of Spooner Summit was extremely heavy coming into Carson City on Tuesday afternoon.