Walkers step up war on cancer 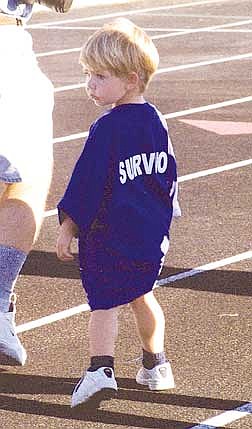 Brian Corley photo.Christopher Lawrence, 3, walks around the Carson High School track Friday evening during the Relay for Life. The little Carson City boy was diagnosed with leukemia when he was 1, but has been in remission for two years.