Reflectors could save wildlife on Nevada's highways 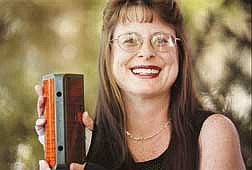 Julie Keller of Dayton holds a reflector device which could reduce the number of wild animals killed along Nevada&#039;s highways.