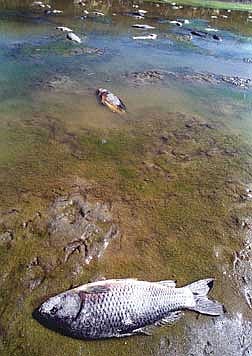 Hundreds of carp lie dead or dying as the waters at Riverview Park in East Carson City dry up during the worst drought the area has seen since it was created. Carson has seen only 33 percent of normal rainfall this year.